up close and personal

A wheeled chair, a cradle, a bed: at the Vienna Furniture Museum everyday items such as these are more than just lifeless objects – they’re silent witnesses to the private emotional states of their erstwhile owners, speaking eloquently about joy and suffering, pain and tragedy.

The wheeled chair bears witness to the torments suffered by Empress Elisabeth Christine, who to increase her fertility was prescribed large quantities of rich food and red wine for so many years that she ended up being dependent on this contraption to get around.

Even imperial highnesses have basic bodily needs – as attested by the extensive collection of sanitary porcelain. Spittoons, portable bidets and commodes allow insights into very private, even intimate aspects of the imperial family’s daily life.

Rudolf’s magnificent cradle on the other hand recalls the jubilation that greeted the birth of the long-awaited heir to the throne – and the bed from Mayerling his tragic end. Sisi’s scales reveal her obsession with her looks, and the plain coffin in which the body of Maximilian of Habsburg was brought home attests to the shattered dream of a Habsburg empire in Mexico.

But there was more than just tragedy in the House of Habsburg, as indicated by the cage once inhabited by the canaries Bibi and Büberl owned by Emperor Franz II (I): even emperors could enjoy moments of being charmed by birdsong now and again. 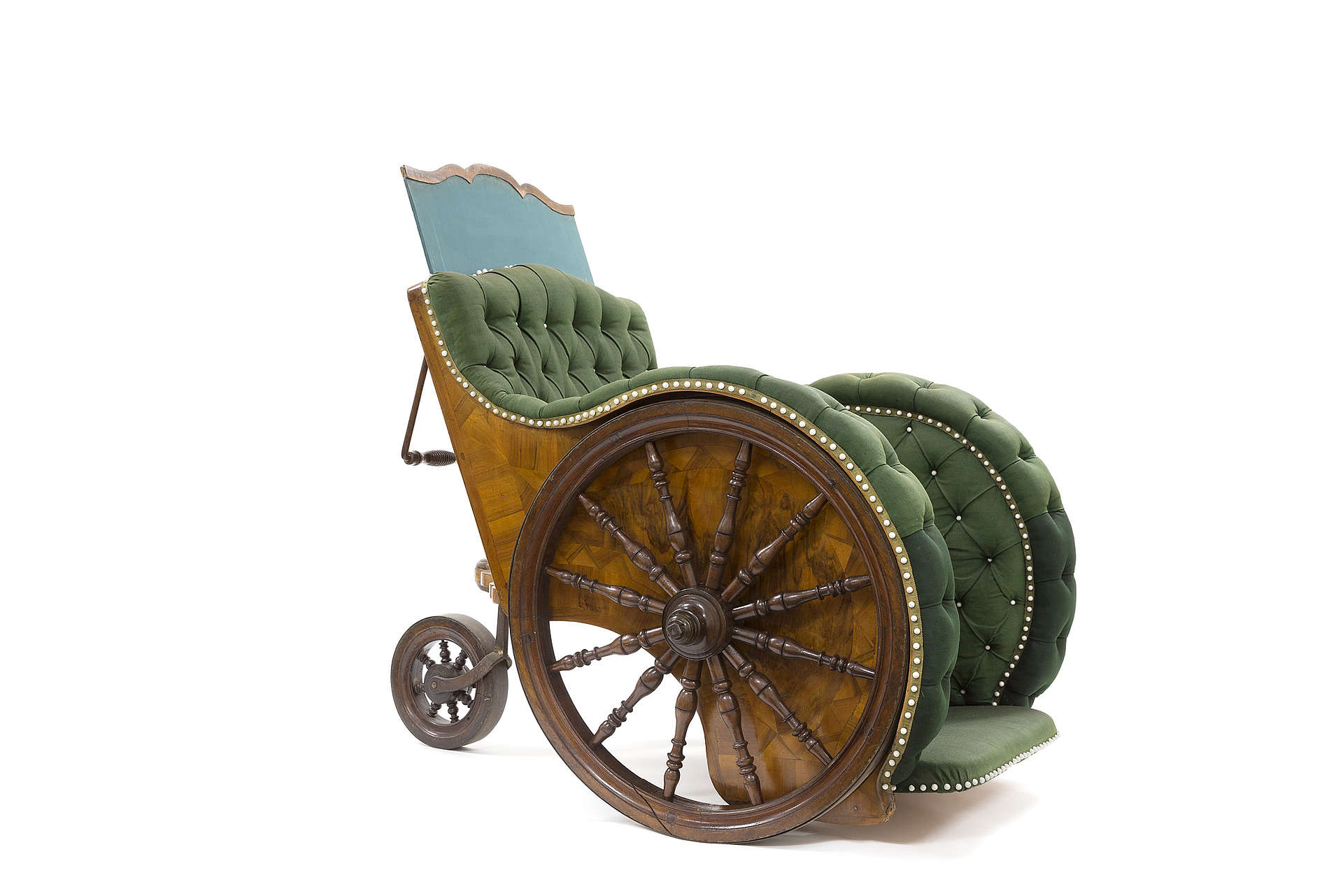 This chair was used by Elisabeth Christine, wife of Emperor Charles VI. Subjected to extreme dietary regimes to promote fertility, she became increasingly obese and immobile. Despite these measures, she failed to produce a male heir. The male line of the Habsburgs having died out with Charles VI, in 1740 his elder daughter Maria Theresa succeeded him as ruler over the Habsburg lands. 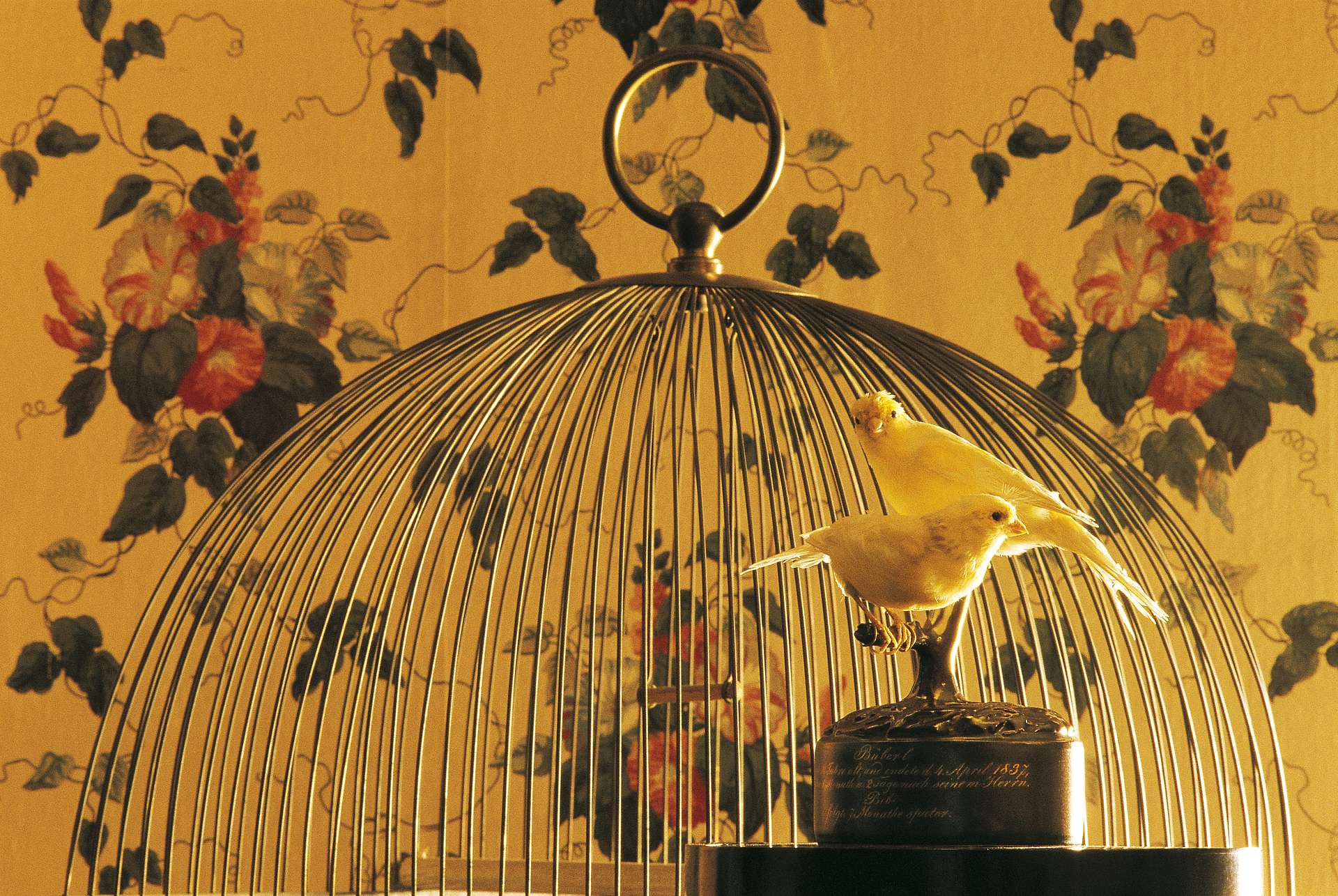 Cage with the canaries of Emperor Franz II (I)

To commemorate Emperor Franz II (I), who had died in 1835, his canaries Bibi and Büberl were taxidermied after their deaths. The two ‘Brazilian sky-swarmers’, as these exotic birds were called at the time, had arrived at the Viennese court in connection with the marriage of his daughter Leopoldine to the future emperor of Brazil, Pedro I. 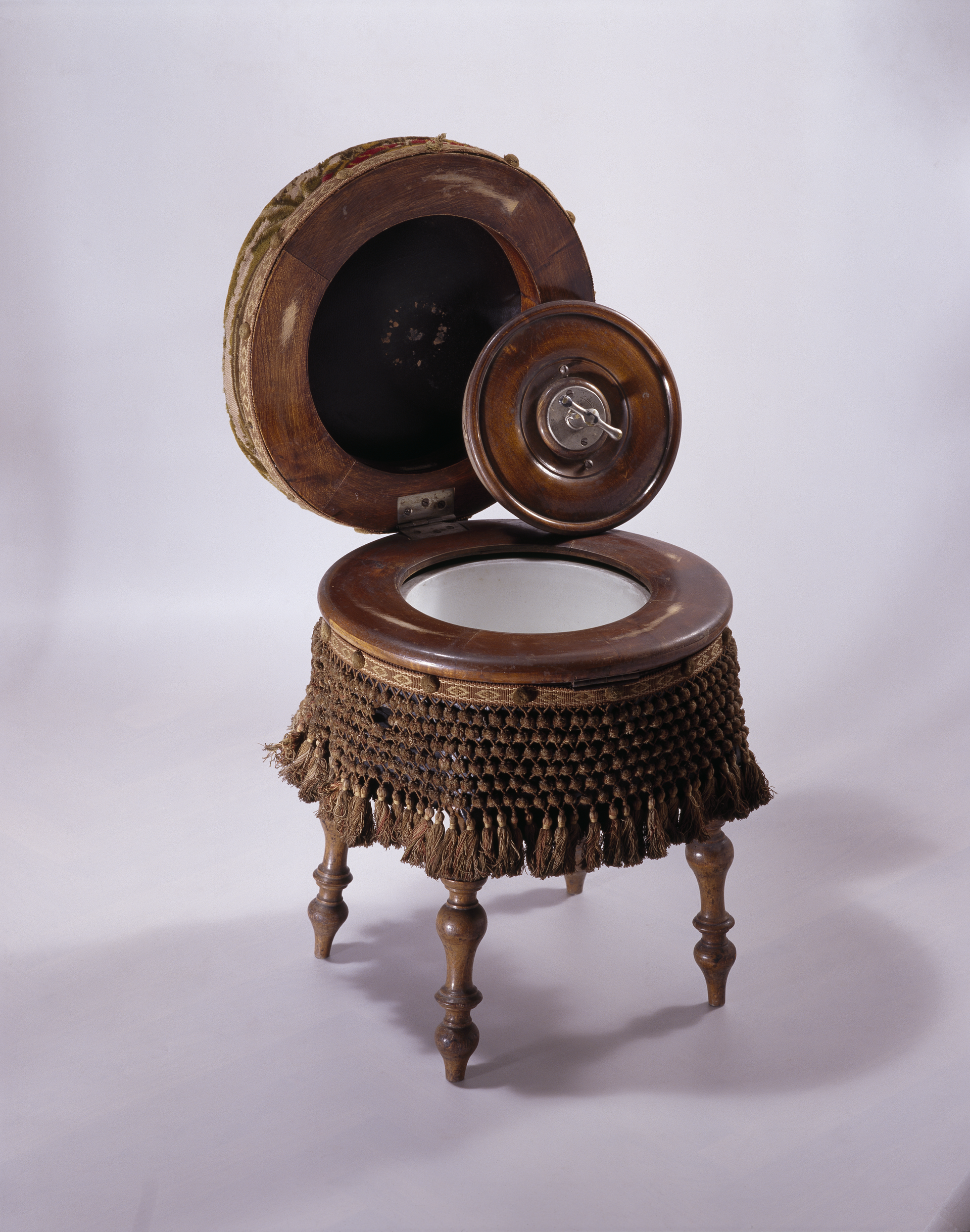 These free-standing commodes were used before there was access to mains water supplies and sewer systems. The central principle of their construction was to prevent offensive odours escaping. Servants were instructed to empty and clean the enclosed receptacle regularly. Their outward appearance was intended to disguise their function. 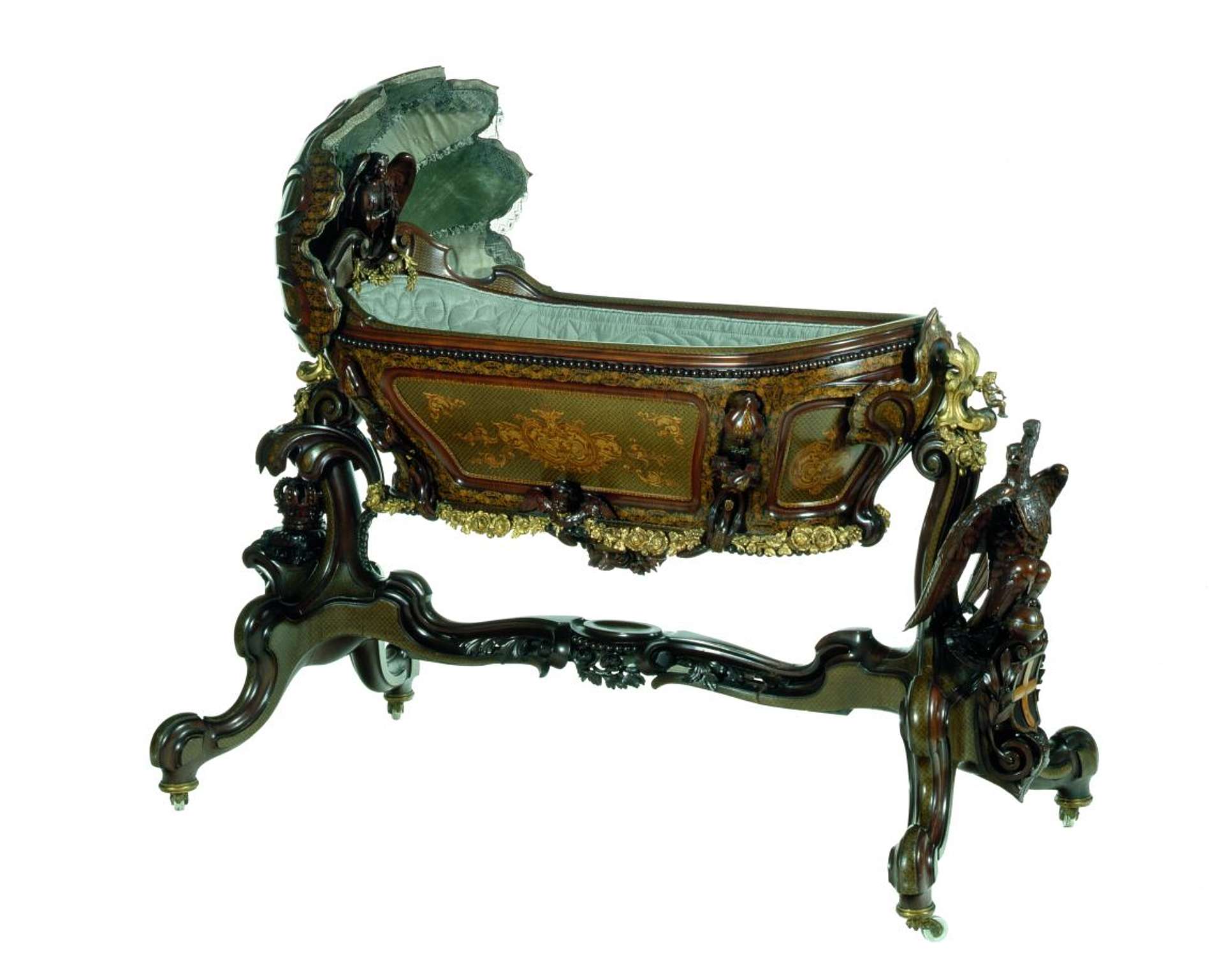 On 21 August 1858 Empress Elisabeth gave birth to the long-awaited male heir to the throne. The City of Vienna presented the imperial couple with this ornate cradle to mark the birth of little Rudolf. It was made by the Viennese cabinet-maker Franz Matthias Podany, who decorated it with wood mosaic made according to a special technique that he had patented. 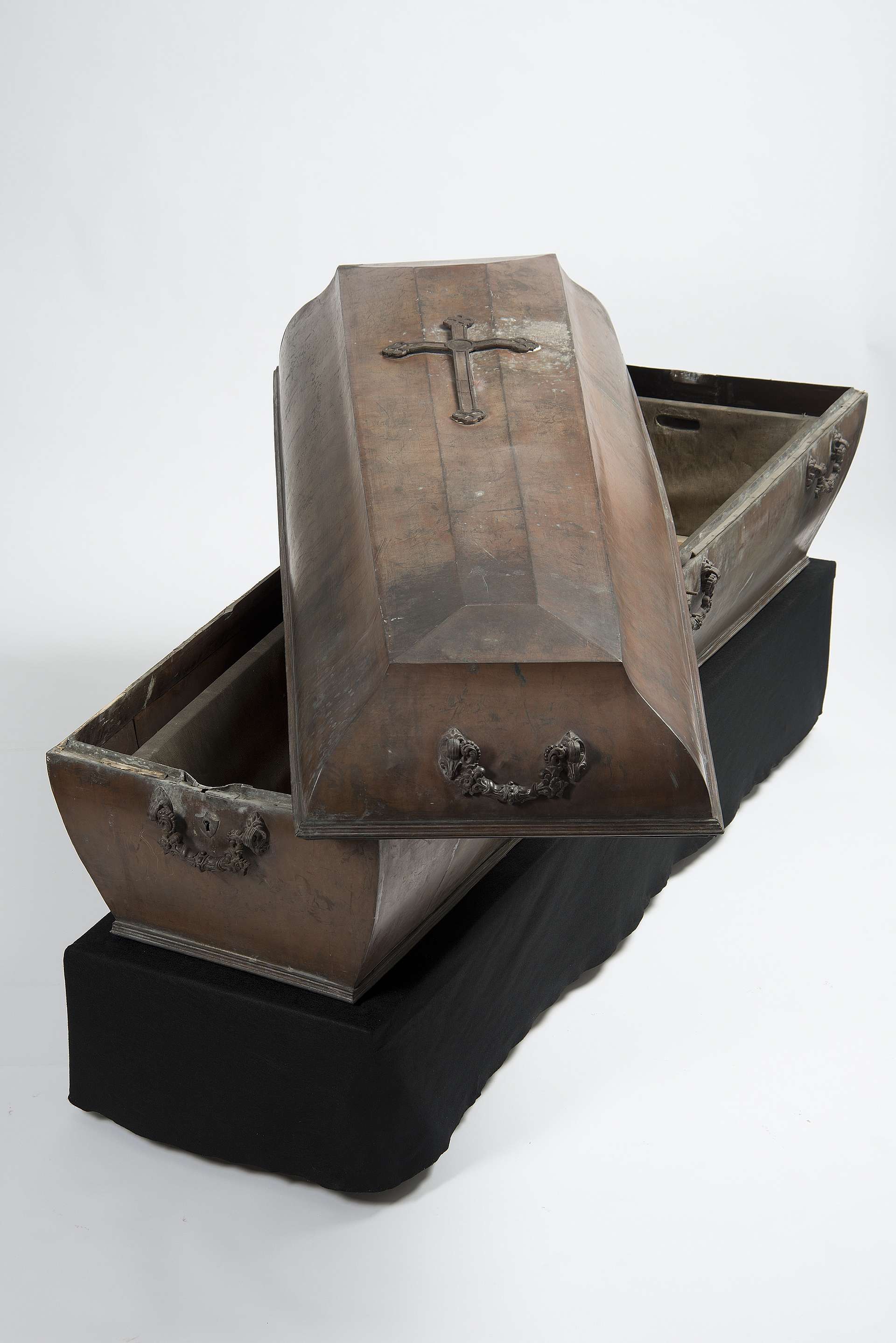 Coffin used to repatriate the remains of Emperor Maximilian of Mexico | Vienna, 1867

Archduke Maximilian, younger brother of Emperor Franz Joseph, was offered and accepted the crown of Mexico, a fatal decision that he paid for with his life. He was executed by firing squad in Querétaro on 19 June 1867. This coffin was probably only used to convey his remains by rail from Trieste to Vienna.

The Habsburgs up close and personal
Start slideshow

We are pleased that all Schönbrunn Group locations (SCHÖNBRUNN PALACE, SISI MUSEUM,VIENNA FURNITURE MUSEUM and SCHLOSS HOF ESTATE) are open again for guests!

COVID-19: The safety and health of our guests and employees is our highest priority.
Therefore, we ask you to consider our safety & hygiene measures - especially our FFP2 mask obligation and the 2-G rule (recovered, vaccinated) in the indoor area.